Aboard our boat Viking we cruised the canals and rivers of Northern France and Belgium. Chateau, forests, hills, water scenes at every turn. I depicted scenes such as this in a style mixing realism, impressionism and expressionism.

From a masked airplane ride from Madrid we proceeded to the masked train ride but not before a perfunctory interview upon debarking the KLM flight from Madrid. They did not keep the virus questionnaire at the end of the 30 second interview. That saved time helped us make a perfect connection to the train. Train schedules are much reduced here probably due to reduced ridership. We appreciated the fortuity, not just of the timing for the train but for how well the journey had gone given the uncertainty we faced. Our good forture continued even to the gate at the marina. We’d been give the wrong gate code although I’d asked a few days before. The resident harbor master saw us from his boat and opened it for us with his remote control. We could not know if anyone would be there to greet us aside from the 90+ year old who is, or was until now, the only one allowed to live aboard.

Once off the train we removed our masks. There were few people about and none masked and none close so we posed no mutual risk the entire 1.8 kilometer walk from the train station. During the next few days we had no need to get close to anyone other than chance encounters in the supermarket aisles. The public facilities at the marina are closed. No showers, toilets or laundry facilities. Their little restaurant remains shuttered.

For a few days we went about cleaning the boat deck and other exterior elements. It was a wet winter so the deck was green with algae. Then it was getting the heater to work. Nighttime temperatures were close to freezing so having a bit of heat in the morning is helpful. We do not run it at night as the heater runs off of diesel fuel so if fumes enter the living area you can suffer CO poisoning. One of the bikes would not shift gears so I had to mess with it. Then there was trying to remember where things were stored and how we did things last year. It took a few days before we left on Saturday.

By 0930 on Saturday the skies were sunny with a slight breeze. We turned the boat around to make departure easier from the narrow space and headed down the canal from Dronten towards Almere, about 40 km. Everything checked out ok as we went but then about 20 minutes later I noticed that the engine was running hot. I checked below and things were steamy so we floated in the canal while I figured out what had gone wrong.The hoses were all intact, the water pump belt was still entact, and the pump that circulates canal water through the engine’s heat exchanger was working- that’s the first thing you check before you depart. I decided to restart the engine and add coolant. The temperature came down and remained at the proper level for the rest of our journey. I concluded that the thermostat must have been stuck in the closed position. We ordered a new one and a spare belt.

Otherwise we had no issues along the way and after two days of sunshine our solar panels have kept our batteries almost fully charged the entire time. After a few days more these stopped working. I exhausted my diagnostic skills trying to find out what happened.

In Almere we had our first visitors. Our long time friends Kees and Ada, whom we met on the Eem in the village of Eemdijk in 2000, have two daughters. Marcella and Bart in turn have two daughters. They came by for drinks and snacks at 1700. It was just our second visit with anyone since March 9. On the deck we can keep a good distance. Inside it’s another matter so no one was allowed in. We joked and recounted stories for a few hours and even then, the sun showed no sign of tiring out.

After a week in Almere and a complete change of plans, we headed back to Dronten before a stop in Hasselt and then Zwartesluis (Black Lock) to try to find help with the solar panels. After that we hope to cross into Germany to start the 600 km voyage to Berlin via canal. It’s a beautiful route that takes a few weeks if you push hard. The borders with the Netherlands are still closed in both directions.

Here is another illustrated small book, this one on our favorite place to live, Valencia, Spain.  You can swipe through the pages with your finger on a touch screen.   Enjoy!

Valencia: City on the Med

This small book encapsulates my years in Paris. 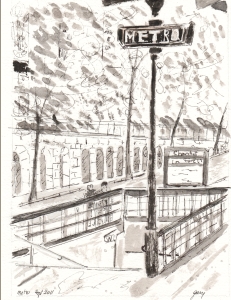 A friend posted this. 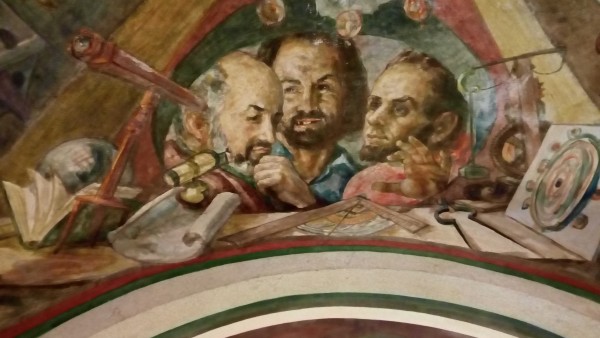 Petras Repšys  (1940) painted a rather strange set of scenes on the ceiling and walls of a room at the University of Vilnius.  It is worth a look.  He is a graduate of Vilnius Art Institute (1967)  Works in sheet, book, graphic arts, ex libris, easel paintings, frescoes, sculptures, medals. The exilibrisus began to develop in 1969 .  Here are some photos of his fresco “Seasons of the Year,” executed from (1974-1984). 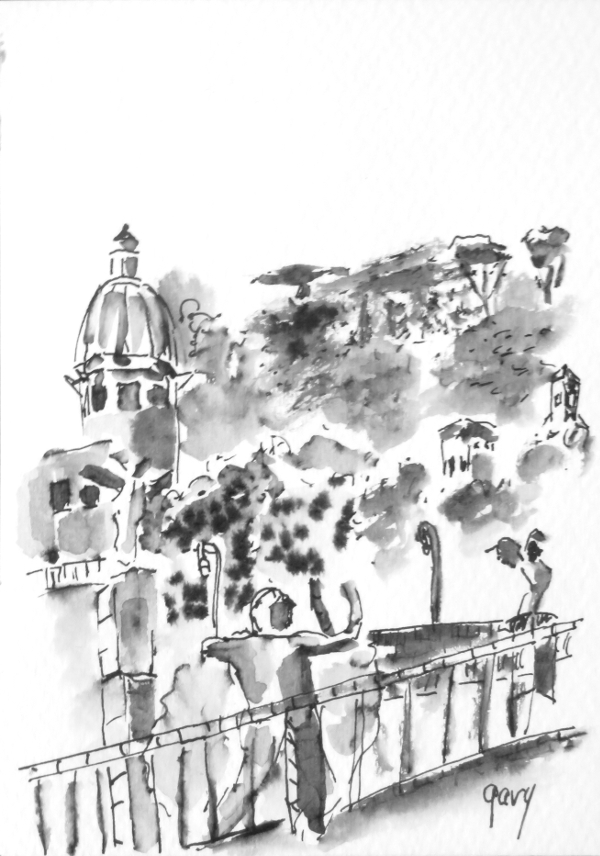 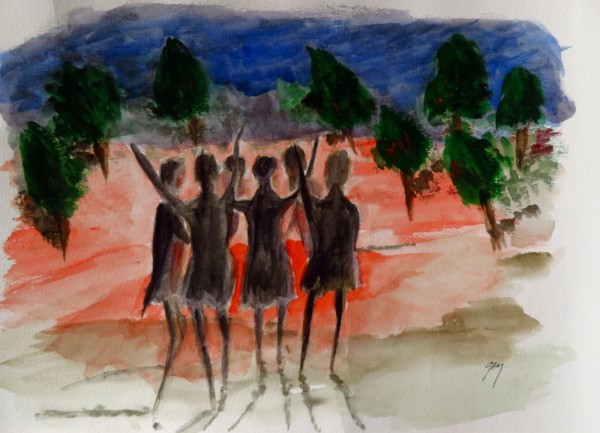