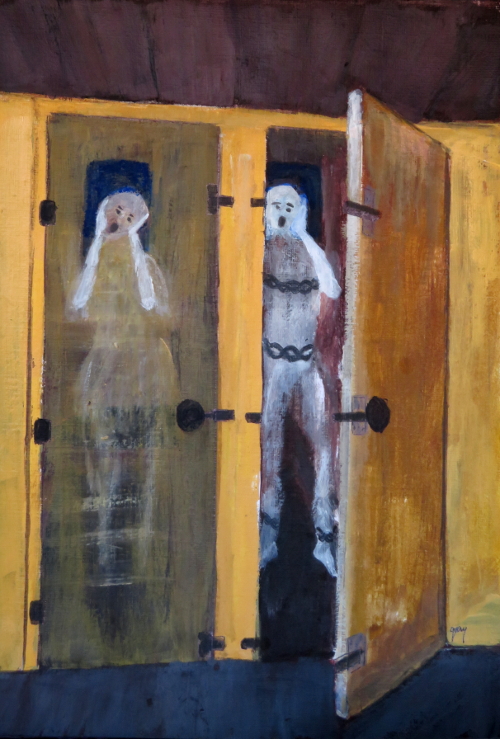 The Baltic countries as well as the Nordic nervously sit uncomfortably close to Russia.  Lithuania is certainly as concerned as any of the others.  A bit of history shows why.

There were wars with Russia as early as 1363, and others in 1492, 1500, 1507 ,1512 and 1534.  To more effectively defend against the Russians,  the Polish-Lithuania Commonwealth formed in 1569.  The war with Sweden in 1665 left Lithuania devastated, leading to its occupation by Russia, Prussia and Austria.  Most of the territory became part of Russia.  Following uprisings in 1831 and 1863, the Czar attempted to Russifiy the country, banning the Lithuanian press and suppressing the culture, and making Russian the official language.  This effort was not successful and later abandoned.

During WWI Lithuania declared its independence from Russia, although Vilnius was held by Poland for the entire period between the wars.  The Soviet Union absorbed the country in 1939 pursuant to the Molotov-Ribbentrop Pact.  Mass arrests followed, along with the deportation of 34,000 people.  After a Nazi interlude that saw the murder of 120,000 Jews with the help of Lithuanian police, the Soviet Union annexed Lithuania (1944).  They housed the KGB in the same building the Gestapo used, today a museum portraying this dark history and the isolation, torture and murder chambers in the cellar.    Museum of Genocide Victims

The Soviets deported massive numbers of Lithuanians, at least 380,000.  The last of them returned in 1963 after decades of enslavement.   Those left behind faced Russification measures:  Russian became the official language, and as in USSR itself there was forced collectivism.

Lithuania was the first to declare independence from the USSR, which retaliated with an economic blockade and several small attacks.  After the failed attempt to oust Gorbachev, many nations recognized its independence.  The country joined the United Nations, and began the transition to a market economy and democratic elections.   With the rise of Putin, and especially with his invasions of the Ukraine, concern over Russian intentions has dramatically increased, not at all surprising given the history I’ve summarized here.

Here’s a bit of additional background.  Lithuania got its start in the 1230’s when Mindaugas united the country.  In 1253 he was crowned as the first king.  In the 13th century the people of the Baltic states and Finns, then a mixture of Orthodox Christians and pagans, were invaded by mostly German crusaders – an invasion called the Northern Crusade – intent upon imposing Roman Catholicism upon the residents. Lithuania was successful in resisting, although today nominally some 75% are members of the RCC even if about half of the country do not believe in the Christian deity.   It was  one of the larger and more powerful countries by the end of the 14th century, encompassing areas now known as Belarus and Ukraine, as well as parts of Poland and Russia.    After a victory over the Teutonic Knights in a war lasting from 1409-1411, it became the dominant power in the region.

2 thoughts on “Lithuania and The Specter of Russia”