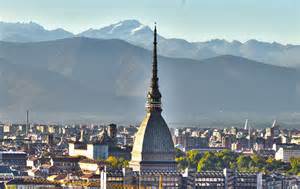 Turin is more than the home of the Shroud of Turin and the home of one of the world’s largest car manufacturers, Fiat-Chrysler.  It is also home to many museums, most famously the Museo Egitzio (Egyptian Museum), Museo di Antichita, the wonderful archaeological museum; Museo dell Automobile with an astounding collection dating to the first Fiat in 1892;  the excellent Palazzo Reale;  There are many more, as well as astounding architecture and urban design.  Getting around is super easy with its excellent public transit system taking you just about anywhere efficiently and inexpensively.

The city has a rich culture and history, and is known for its numerous art galleries, eateries, churches, palaces, piazzas, parks, gardens, theatres, and more. Turin is well known for its architecture- especially the baroque.  Many of the piazzas, palaces, were built in the 16th to 18th century, after the capital of the Duchy of Savoy/ Kingdom fo Sardinia was moved to Turin from Chambery (France).

For more on the museums visit Museums of Torino

According to classical sources, the Taurini were an ancient Celto-Ligurian people, known as such even in the Roman era.  Reportedly they called themselves Ambrones, perhaps coming from the area we now call Denmark and the northern part of Germany.    Modern scholars are divided on the question, however.  Little is known of the language.  Only place and personal names remain.  Lucan (circa 61 CE) describes them as having auburn hair.  In 480 BCE they were noted as mercenaries (Herodotus 7.165; Diodorus Siculus 11.1.)

In circa 28 BCE the Romans founded a military installation, Castra Taurinorum, later changed Augusta Taurinorum.  Via Garibaldi is the east-west path of the Roman layout, beginning where the Palazzo Madama is now exhibiting an extensive display about the life of Marilyn Monroe.

Following the fall of the Roman Empire in the West (the Eastern fell circa 1400, some 1000 years later), it was overrun repeatedly by northern tribes and finally by Charlemagne in 773.  In the 11th century the Savoy family rose and remained powerful until the 20th century.  Victor Emmanuel was King of Sardinia (1849-1861), and King of Italy at the time of the Risorgimento until his death in 1878.  He was the first to rule a united Italy since the 6th century.  His son Umberto succeeded him, while Amadeo was King of Spain.  Victor Emmanuel III was king when Mussolini took power, and received Mussolini’s resignation during WWII.  It is the power of this family that gave rise to the tremendous wealth and power that came to reside in Torino, the center of the reunification movement and until it was moved first to Florence and then to Rome, the capitol of Italy.  The Museo Egitzio, the Grande Madre di Dio Church and Piazza Vittorio Veneto were built in this period.