Here are photos from the last day of Fallas, March 19, 2019.  Included are photos of Mary in the Plaza de la Virgen covered with flowers and one or two from earlier on while they are building.   Nuria and Zoe in their Fallera dresses in the first photo.  We walked about 3 hours to get these photos, leaving a little after 8 am.  After around noon the streets at the larger and more famous Fallas get very crowded.  Most of the morning the sky was a bright blue.

A high school mate is on my website mailing list. (you can get on the mailing list on the website or PM me with your email address) She wrote, “Thanks for sharing those fabulous photos and your latest artwork. At first I thought they were small, but after several views, oh my heavens, they are huge. Is there a theme in the designs?”

Indeed they are huge. I was standing next to a small one the other day. Bugger than I am! But next to the 15 meter high ones it looks quite small. I try to get some scale in the photos to help the viewer put things in perspective.

There are multiple themes, in fact a nearly endless variety. One major theme is national and local politics, and international as well, this year more to do with Brexit and the reburial of Franco. One showed Franco, Stalin, Hitler and Trump wearing nothing but hats.

The huge one by city hall is an ode to graffiti. There are some excellent graffiti artists here. It’s stunning!

There are quite a few fallas’ that address the treatment of women. This year Spain inaugurated a hotline for domestic abuse, you dial 116. They are now addressing the matter more seriously. I did not see that dealt with immigration. Italy, Greece and Spain are all dealing with immigration from sub-Sahara Africa. Corruption is always a topic. We saw several that talked about pollution caused by plastics. There are more, these are just the ones I noticed. 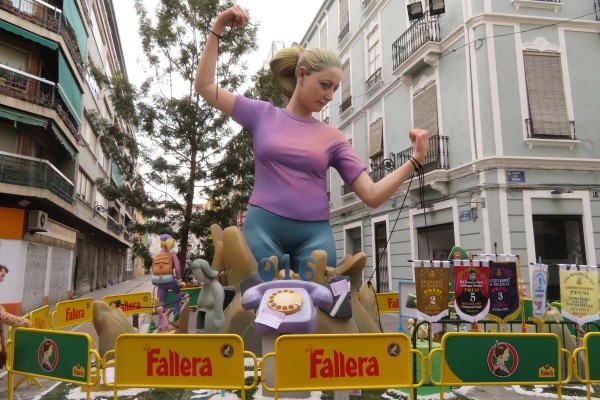 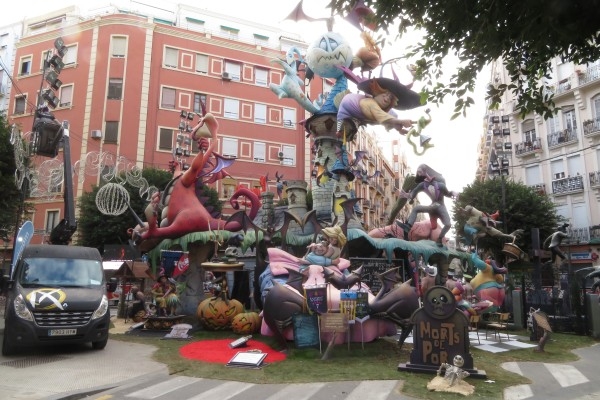 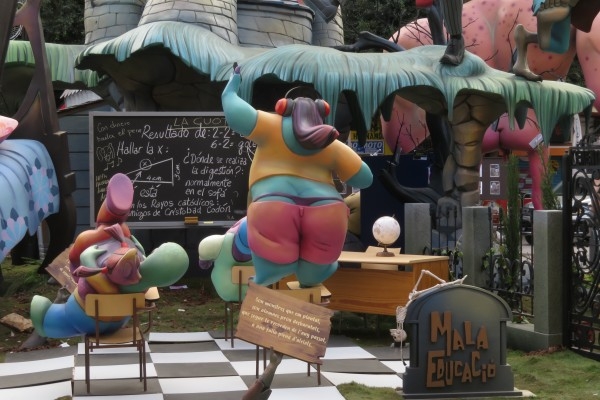 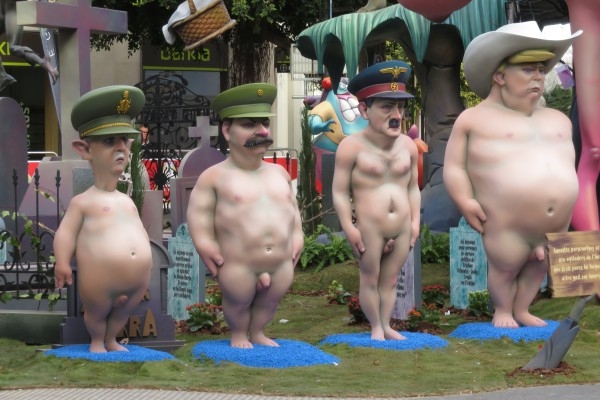 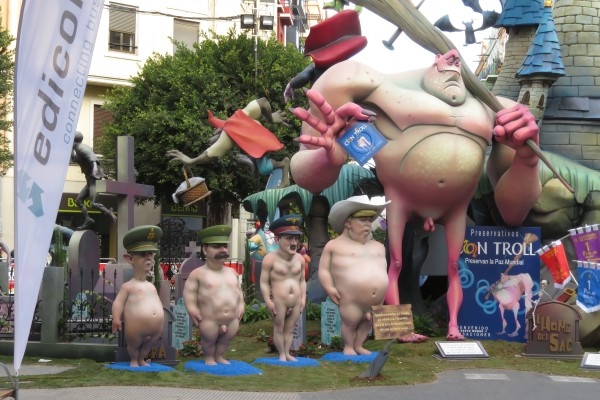 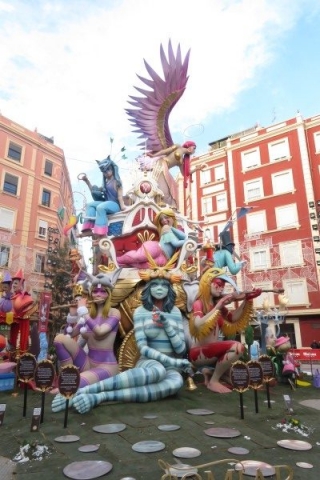 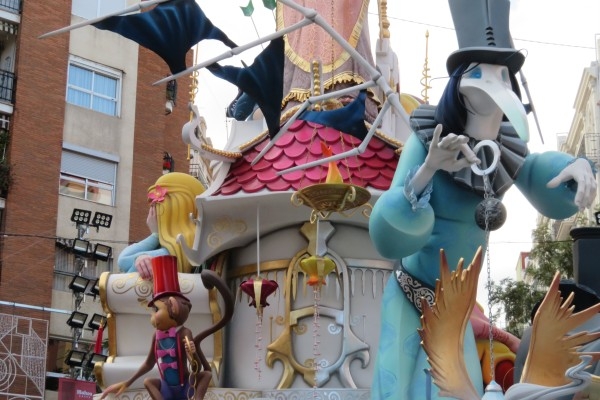 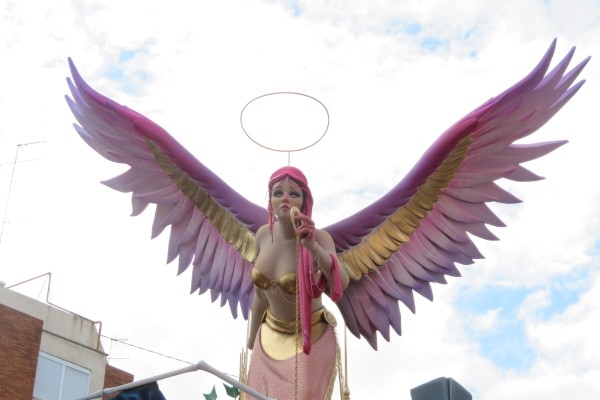 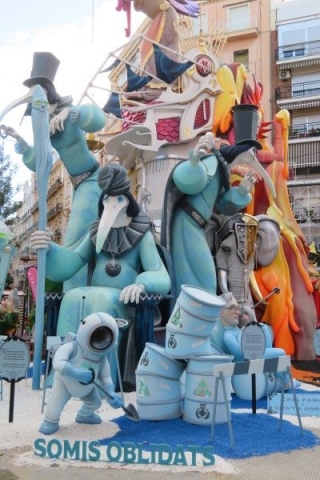 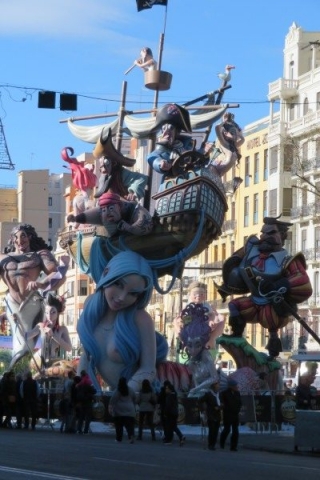 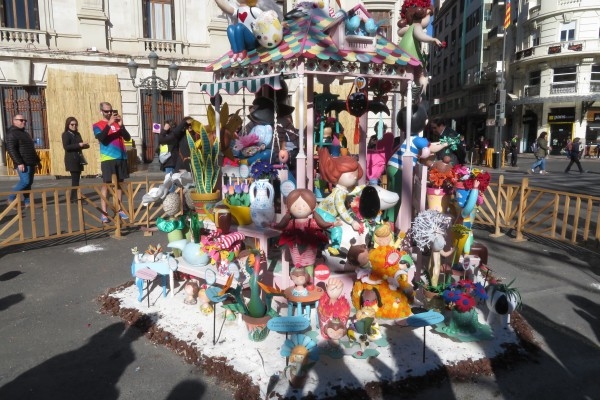 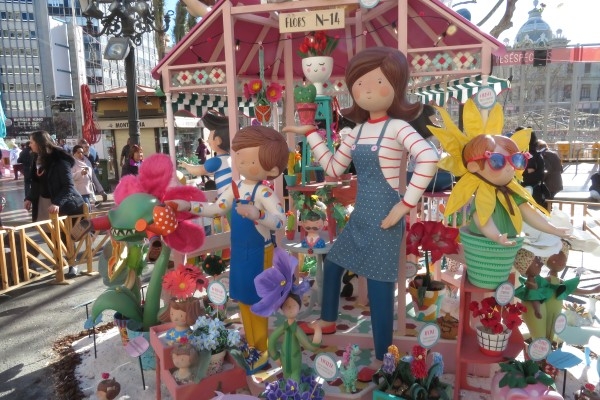 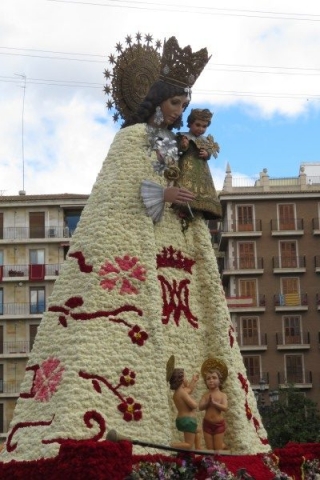 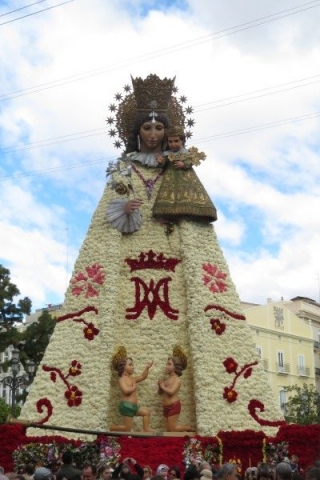 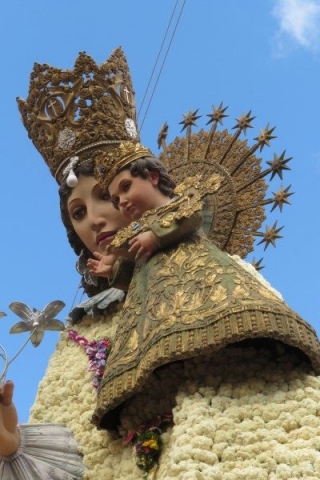 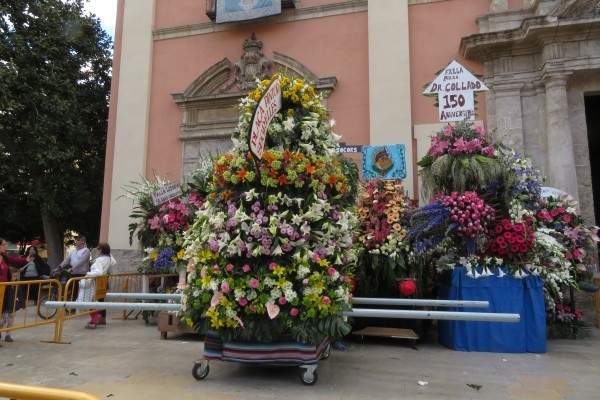 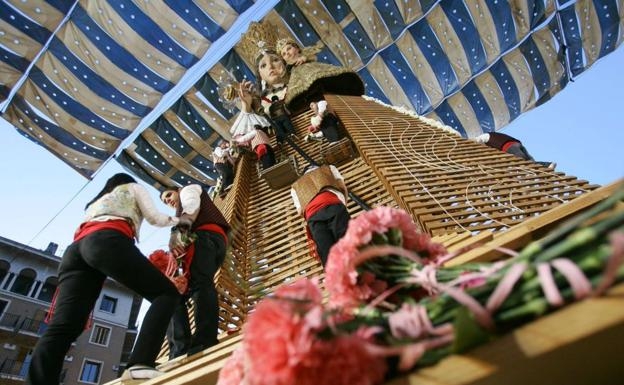 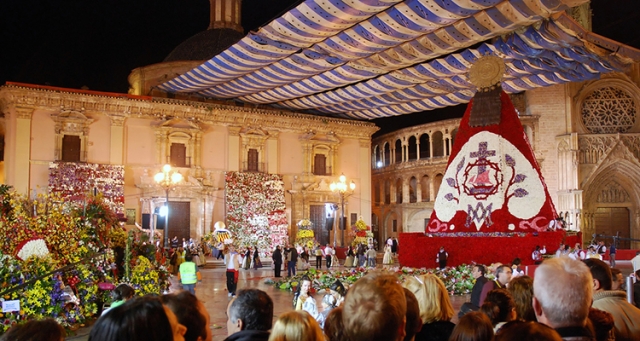 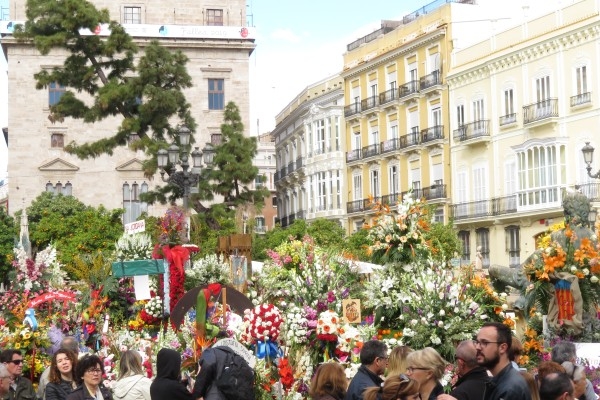 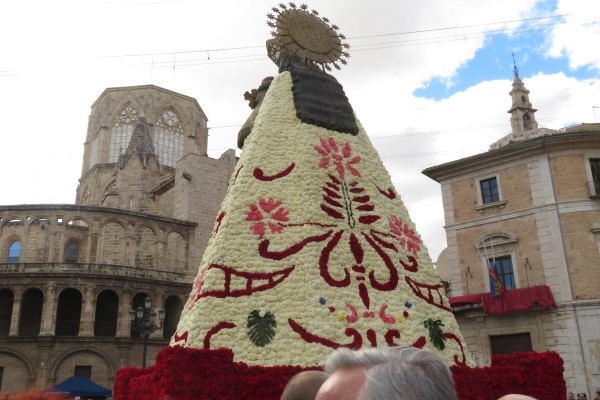 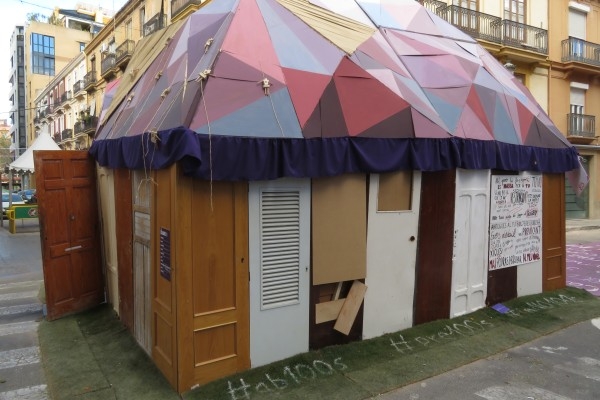 A Passcalles is a major part of Fallas.  The clubs, called Casals, assemble in Fallero/Fallera clothing to march through the street.  Here is a short video of one group, accompanied by traditional Valencian reed instruments, called ‘dulzaina’

During the day, aside from the Mascleta in the square in front of city hall, there are dozens of smaller but still loud and impressive mini Masletas put on by the Casals.  We went to ours.  You can get much closer, which does not do your ears any good, but it is something to behold!

Starting late tonight is the Crema.  They burn all these amazing sculptures except for one small example.  It’s a lot of unhealthy smoke and aside from the late hour –  they are not done until 1 am – this is why we no longer go to any of these events.  There are some 800 of these afire in the city, not simultaneously of course.