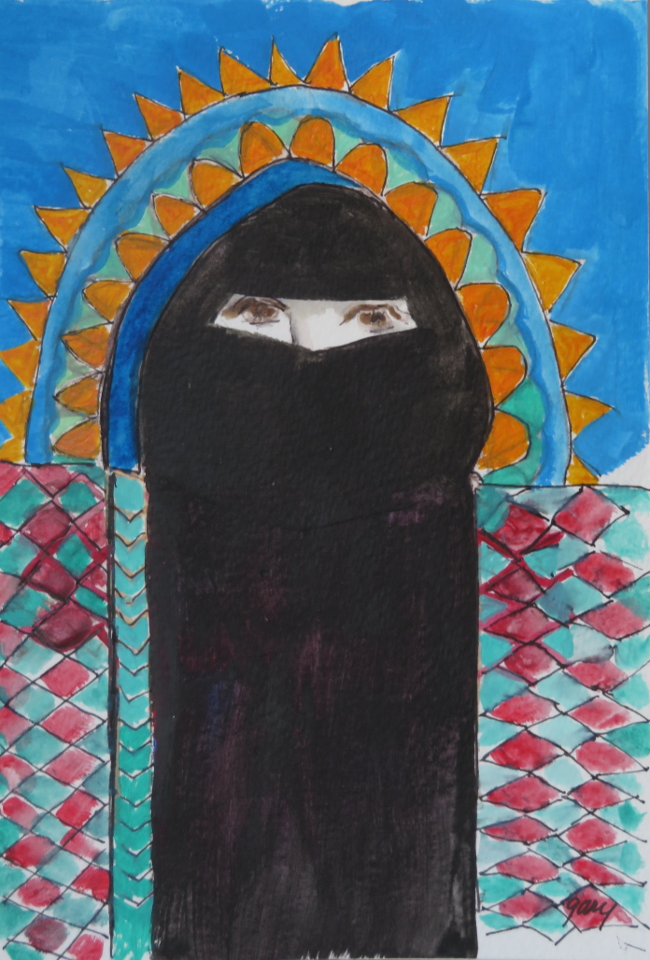 Many of the arches of Islamic architecture echo the shape of the upper body of the human form.  Here I have placed a face on that arch with this sketch in acrylics.   There is an example of an arch below the painting. 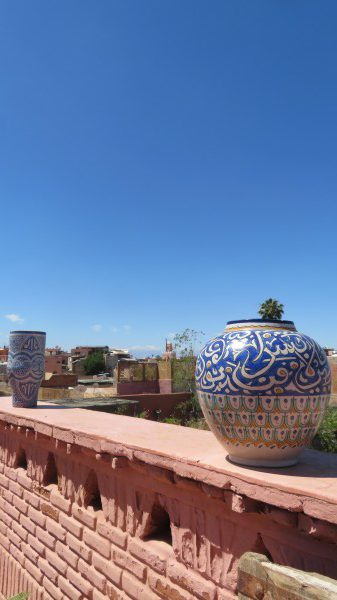 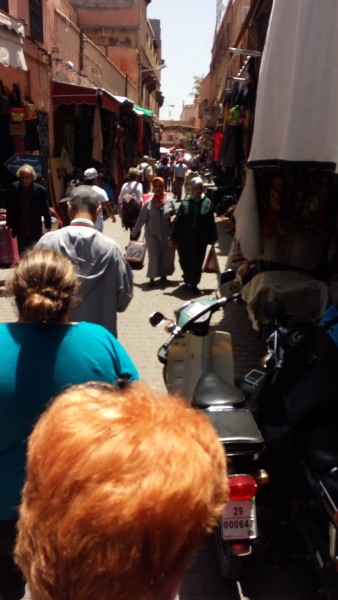